I can’t believe that we’re approaching the end of year 2 and beginning of year 3 for  Destiny. I can remember playing the Beta like it was yesterday. The Beta ran from July 17, 2014 through July 28, 2014, some might argue that the Beta ran the entire first year of Destiny. All of my friends and I were amazed at the detail, vastness and sci-fi space fantasy that Bungie was “promising” us. The Beta can make or break a game. Sure Bungie has established itself as a powerhouse developer that delivers story driven games of epic proportions while provide strong gameplay mechanics. But their Beta for Destiny was magical. My friends and I would run The Devil’s Lair Strike countless times simply because every time we played through it, it felt “like a virgin, touched for the very first time.” If this is what Destiny was going to be then I wanted to be a part of it. And for as much time as I spent running through The Devil’s Lair I spent even more time in the Crucible, Destiny’s Player verses Player mode. The Crucible map First Light was the perfect amount of everything; close quarters, lanes for snipers, vehicles and plenty of “space” for your Guardians super. The Destiny Beta removed any doubts that I may have had about the game. It’s been a long and crazy journey for Bungie, Destiny and all of its Guardians.  With Destiny:The Rise of Iron being released on September 20, 2016 let’s take a moment to reflect on some highlights and lowlights in our quest to ride the universe of the Fallen, the Hive, the Cabal, the Vex and the Taken. 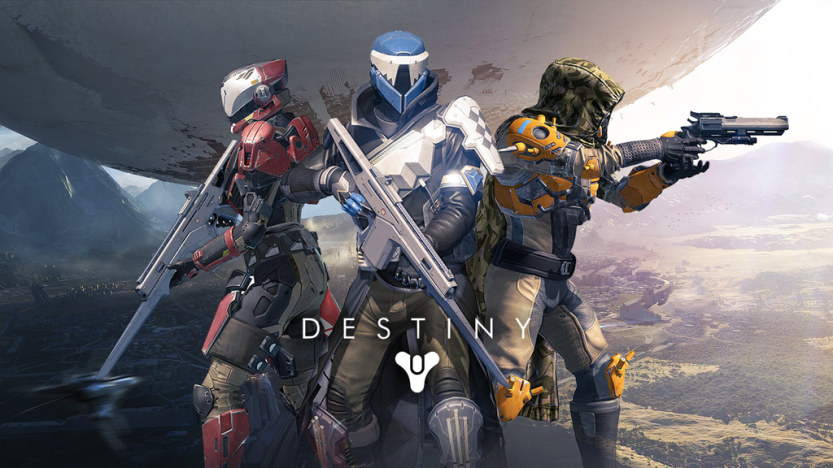 September 9, 2014 could arrive fast enough. I remember taking off the entire week. My wife was pissed. Like many Guardians I utilized the Pre-Order on the PlayStation Store so that I could take advantage of the early download and get an bonuses associated with Pre-Ordering the game. I also purchased a physical copy of the game and the Ghost Edition, yes, I own three copies of Destiny.

Destiny is the Neapolitan of video games. It has so much to offer and something for everyone. For me, in those first three months, Destiny even had its own smell. It’s a FPS with RPG and MMO type elements. You have a leveling system for your Guardian, your gear and your weapons. The grind was real in Year One and the majority of the community was perfectly happy with it as everyone wanted to be the first Guardian to reach level cap and have all of their gear maxed out. Destiny was the first game for me that I could feel a difference with each weapon. I could be using a Hand Cannon like The Future War Cult’s The Vanity and it feels completely different from the exotic weapon The Last Word. This ruined all other First-Person Shooters for me. There’s exploration, sure it’s limited but it’s there. There’s so much in Year One that it’s difficult to remember everything. You have Bounties, Public Events, Strikes and a Raid. Actually, it’s THE RAID, The Vault of Glass. The Raid required 6 Guardians; all working together as a team, to complete. Not much can top completing The Vault of Glass raid on Hard with all of your friends. This is where you also “earned” the best of the best. For me, this was the best the game would ever be.

The first expansion; The Dark Below, of Destiny brought us the Raid Crota’s End and that’s about it. With The Dark Below almost all pre-expansion gear was rendered useless. The exotics were saved as we were now able to upgrade them to the current Attack and Defense stats. But the cost of the upgrade also cost time as we now had to re-level our weapon as if it were brand new to us.

The second expansion House of Wolves neglected to bring us a Raid. Instead it brought us an increased level, a new social space (The Reef), The Prison of Elders and Trials of Osiris. Prison of Elders is a dungeon crawler/horde mode or sorts in which you have to complete certain objectives while killing the enemy. This mode allowed Guardians an easier way to acquire some of the best gear. Another way to acquire some of the best gear was to compete in the weekend event Trials of Osiris. Trials is the ultimate challenge for PvP junkies as it pits you and two of your friends against another team of 3 Guardians. You would pick up your entry card and Trials specific bounties in The Reef and then cue up the PvP Mode in Orbit. If you won 9 matches without a loss you were awarded with a trip to The Light House. The level of tension this game mode brings hadn’t been felt on my heart since I played Factions in The Last of Us. At The Light House you could open a chest that would award you and your friends Trials specific gear and weapons. Even though I’m sure there are plenty of Guardians out there that have been to the Light House dozens of times, I’m proud to say I made it 3 times.

Personal highlights from Year One Destiny will probably never be made again, at least not on the same level. I made and met a new group of friends. I had 3 Trials finishes. I was maxed all 3  of my Guardians. I collected all of the Year One Moments of Triumph. In game highlights for Year One can be summed up in one glorious ancient word: GJALLARHORN! With Year Two on the horizon the arrival of The Taken King would have us all say goodbye to our favorite heavy weapon. 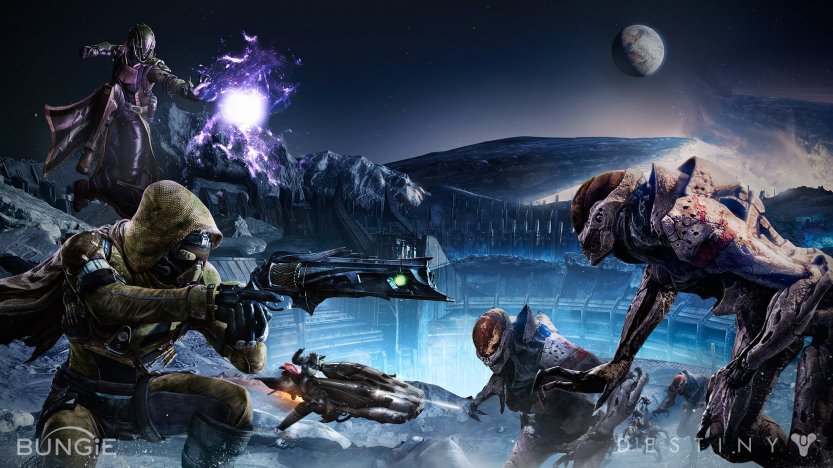 On September 15, 2015 Bungie released Destiny: The Taken King and I took another week off of work and gave Bungie my $40. My wife wasn’t as upset this time. I saw the sun rise when I finished playing that first night of release. I took a 4 hour “nap” and got back at it. The Taken King brought us a new more streamlined story line.  A new area to explore, the Dreadnaught. The ability to use our Guardian’s third Sub-Class. New slots on our Guardians for Ghost Shells and Artifacts, both of which help increase our light level. A new voice for our Ghost, say goodbye Dinklebot. A new Crucible mode; Rift. More vault space. More space for Bounties and an overall easier to manuever menu. A new currency. A new Public Event type arena called The Court of Oryx, 2 new Strikes and a new Raid called King’s Fall. So here you have it, Chocolate Destiny. It’s the same as Vanilla yet richer and full of more flavor. It gives us more of what we love and even gives us some stuff that we didn’t know we loved. All of this is a step in the right direction. So what more could you possibly need? What more could you want? 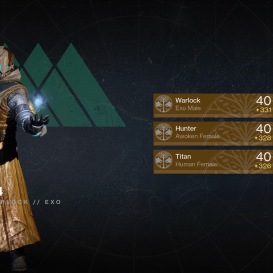 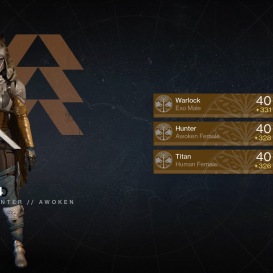 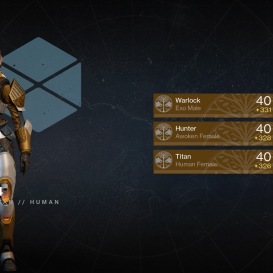 A lot, that’s what more. Bungie took away burns for primary weapons. They took away some of the communities most loved exotic weapons and exotic gear. Bungie has still yet to offer Matchmaking for the Weekly Nightfall. And no sign of any DLC, nothing that we as a community could sink our teeth into. Instead of DLC we were “treated” with something called Special Events. We were given three of them; Festival of the Lost, SRL Sparrow Racing and Crimson Days. With the exception of SRL Sparrow Racing the special events were re-skinned modes and models of content that already existed in the Destiny Universe. What made this worse was that they were associated with micro-transactions, think Pay-to-Play. And not the good kind of Pay-to-Play. You could pay and your money didn’t buy you anything of substance. What’s that? You got a new Emote, Shader or Sparrow? Wow! I got the same thing and I didn’t have to pay any Silver.

Highlights from Year Two include making it to the Light House one time. After my friends and I made it we stopped playing Trials of Osiris altogether as the PvP was ripe with severe lag and the ever-present kill assistant 1000 Yard Stare.  Hours and hours of playing with my friends making fun of each other and grinding our hearts out to reach max level. We gave each other grief about our wives, girlfriends, lack of women, children and anything else in our lives. I got 3 Skull Masks during the Festival of the Lost and my friend didn’t get one. The major downside to these masks was you couldn’t Infuse them. Maybe with the release of Destiny: The Rise of Iron we’ll be able to infuse these masks and wear them in all of their splendid glory. Bungie also brought back a revitalized Prison of Elders with the chance to have new gear drop at the max level. This was too little too late for me but Year Three is showing promise.

Next week on September 20, 2016 Bungie will release Destiny: Rise of Iron. The expansion will cost $30. I’ll call this Strawberry Destiny because it’s a new flavor that’s more fun and tasteful. It’s as though Bungie is saving the best for last. Like previous expansions we will get new gear, new weapons, increased light level, a new Strike, new maps in Crucible, a new Crucible mode “Supremacy”,  a new Public Event found in the Plaguelands called “Archon’s Forge”, a new social space called “Felwinters Peak” and of course a new Raid called “Wrath of the Machine.” All of this is pretty standard, par for the course. We’ll have to see how the new content plays and how well or not well it’s received. I won’t be taking the week off this time but I will have a few days to play. What I’m excited for are two things; Thorn, the exotic hand cannon make a comeback and (cue the John Cena music) Gjallarhorn. Destiny smells like Year One again. I won’t get my hopes and dreams up as I know the game will change per the request of the masses. But I will get my iron up. That’s right, the thought of Destiny being good maybe even great again is making my Iron Rise. 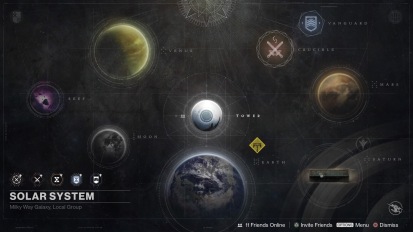 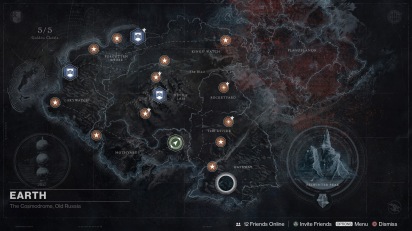