Zen Studios did an amazing job upgrading the existing tables in their vast library of 65 tables. This of course does not include the three new tables they recently added with the Universal Classics Table Set. The three new tables are Back to the Future, JAWS, and E.T.; each table has its own personality and is rewarding in its own way.  Back to the Future is a table that’s somewhere in the middle; it isn’t fast paced and high score material but it’s fun and taking a trip “back to the future” is a trip down nostalgia lane. JAWS is a table with a lot of space but requires you to be slow and deliberate with your shots. The voice queues are spot on and made me want to revisit the classic Steven Spielberg movie. The table that stuck out the most for me, and I didn’t expect it to, was the E.T. table. I feel it’s the most balanced with just enough reward per shot on the table. The atmosphere the music and table create brought me into a zone that made me forget everything else. The only other table to do this to me, so far, is the Aliens table.

I’m not a pinball wizard by any means but I do enjoy Pinball FX3 and would recommend it to anyone look for a family friend game. The new addition of Challenges; 1 Ball Challenge, 5 Minute Challenge and Survival,  allows you to learn the table in a fun way while earning upgrades and unlocking table specific rewards. If you’re looking for a great free game, download Pinball FX3 and the free Sorcerer’s Lair and give it a spin. 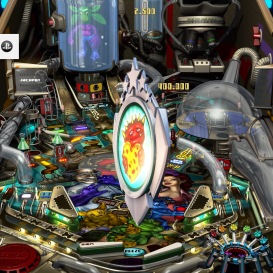 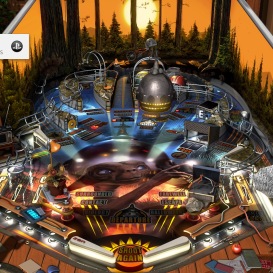 A very special thank you to Desiree over at Zen Studios for the additional tables, I can’t get enough.

One thought on “Pinball FX3”